The History of the Amen Break

Sampling music started to become cool between 1960 and 1970 when the first analog samplers were released. Artists were grabbing loops left and right and remixing and mashing them into their own productions. The first digital sampler was the EMS Musys system which came out in 1969. Nowadays, it’s all computer based, and sampling sounds to add to your music couldn’t be easier.

The “Amen Break,” was originally a recording of Gregory Cylvester taken from The Winstons’ song “Amen, Brother” recorded in 1969. When you hear the sound of it, you’ll immediately notice how familiar it sounds. The “Amen Break,” is thought of as the most classic drum loop ever. It’s a 6 second drum sample that is widely used in drum n bass, jungle, breakbeats, hip hop, house, trance, pop songs, sample packages and commercials.

The Amen Break can be modified, sliced up, rearranged, glitched, effected, and wrapped beyond belief to create infinite variations, although the origin of the beat remains the same. 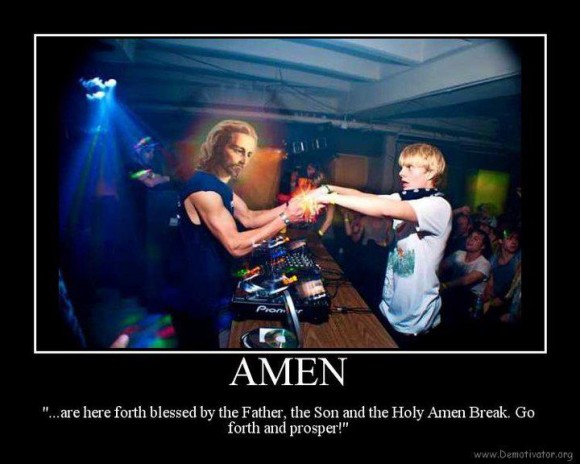 Founder, Producer & Performer at Intuitive Beats
Antandra is the moniker of music producer and performer, Jacob Louis. His sound can best be described as bass infused rhythms with suspenseful atmospherics and etheric melodies. He has releases featured on Jumpsuit Records, LostinSound, Mycelium Music and Pure Perception Records, and has performed his original music at Kinnection Campout, CoSM, Burning Man, Unitus, T.O.U.C.H. Samadhi Equinox and many more! He has shared the stage with numerous world class artists including the likes of Desert Dwellers, Sixis, Ott, Kalya Scintilla, AtYyA and Globular.
Posted in What is the Amen Break? Tagged with: Amen Break Explained, Origin of the Amen Break