↓ Skip to Main Content
Home › Tutorials › Mastering › Turn Down for What?! Dynamic Range, That’s What.

Turn Down for What?! Dynamic Range, That’s What.

Over the last decade, the trend in the music industry has been to remaster music louder and louder, and this mentality has created a ‘loudness war’ of producers striving to be overly turnt which kills the subtleties of the dynamic range. Louder isn’t better. In fact, popular music that has been remastered to be louder actually gets equalized to the same level with Spotify and other loudness regulators these days, so the only thing that is accomplished is destroying the dynamics of the music.

Music that has been heavily compressed is harder on the ears, and the majority of people actually prefer it when parts of the song are softer, and other parts are louder. Research shows that record sales are no higher for those songs that have been mastered to be louder, and yet the loudness war continues because of the myth and illusion that louder is better. It actually becomes more flat and distorted.

One solid tip for keeping your dynamic range as a producer is to turn all your levels to at least -6db, and keep your sub bass at -12db so that you’re mastering engineer has more headroom to bring up the levels while maintaining the desired level of dynamics.

In conclusion, music with lower perceived volume has less compression and more dynamics, so it simply needs to be turned up to get the full experience. This sounds much better than a turned down overly compressed song which can sound very distorted and lifeless. Less is more. The art is in space between notes.

Here are a couple videos that illustrate the point nicely: 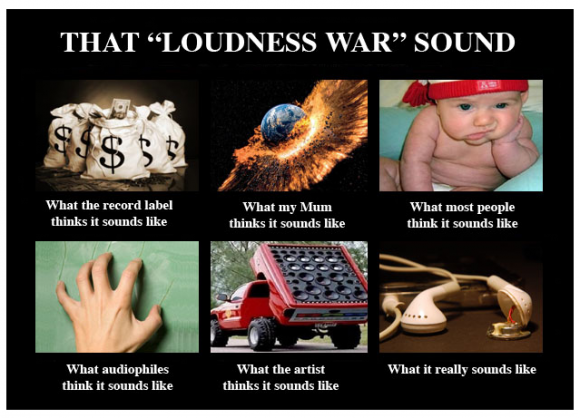 Founder, Producer & Performer at Intuitive Beats
Antandra is the moniker of music producer and performer, Jacob Louis. His sound can best be described as bass infused rhythms with suspenseful atmospherics and etheric melodies. He has releases featured on Jumpsuit Records, LostinSound, Mycelium Music and Pure Perception Records, and has performed his original music at Kinnection Campout, CoSM, Burning Man, Unitus, T.O.U.C.H. Samadhi Equinox and many more! He has shared the stage with numerous world class artists including the likes of Desert Dwellers, Sixis, Ott, Kalya Scintilla, AtYyA and Globular.
Posted in Mastering, Music Production Articles, Music Theory Tagged with: Dynamic Range, Loudness War, Mastering Tips, Mixing Tips, Overly Turnt, Turn Down for What?